Diagnosing one of the most complex psychological problems, bipolar disorder, is a daunting task and a wrong treatment can exacerbate the condition.

Doctors, psychiatrists, and researchers have long been trying to fathom it and invent an elixir for it, but to no avail.  However, a recent study has unraveled a protein that might help detect the disorder.

Living with bipolar is an uphill task because of unpredictable mood upheavals, sometimes high and at times dismally low. It is even marked by depression, racing thoughts, delusions of grandeur and thoughts of inconceivable miseries.

Life gets jeopardized as bipolar affects every aspect of one’s life, be it the job or relationship with family members and society.

The current bipolar diagnosis does not have a foolproof system in place and draws most of its inferences from questionnaires, brain scans or blood tests, that also just to rule out other potential conditions.

Apart from these, there are no other procedures which can help in the diagnosis. But the latest study comes as a respite and offers some hope to the cause of bipolar treatment.

A study by the Mayo Clinic tried to identify a marker in the blood for bipolar,  and analyzed 272 different proteins in blood samples of 288 patients. The researchers said, “It is one of the first studies to assess the feasibility of high throughput multiplexed immunoassay technology (272 proteins) trying to distinguish different types of mood disorders.”

The group of participants was divided into four recognized clinical subsections of the disease – bipolar I disorder (46), bipolar II disorder (49), unipolar depression (52) and 141 individuals without mood disorders, to act as controls.

Of the 272 different proteins, the researchers found that 73 proteins differed between the four study groups and six were found to significantly differ between bipolar I disorder and the control group.

The findings, though in the initial stage, lay the foundation for further research and give a new hope to those battling the debilitating condition. 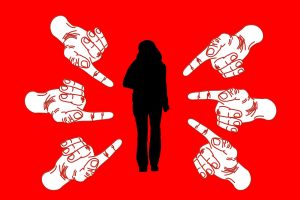 Bipolar I disorder: It is characterized by manic episodes that last at least for a week. The attacks could be so intense that the individual might need immediate hospitalization. Depressive episodes are also seen here.

Bipolar II disorder: It is marked by depressive episodes and hypomanic (less serious than manic) episodes, but no full manic episodes.

Bipolar disorder not normally specified (BP-NOS): In this case, though bipolar symptoms can be seen, they do not fit the criteria for types I or II.

Cyclothymic disorder (Cyclothymia): It is characterized by episodes of hypomania and mild depression for at least two years, but does not meet the diagnostic requirements of the bipolar types mentioned above.

If you have any things you wish to contribute to this subject  or questions to ask,  please feel free to leave them here.

4 thoughts on “Protein Marker May Help in Diagnosing Bipolar Disorder”